The canary in the Belt and Road coal mine - SupChina

The canary in the Belt and Road coal mine

1. A brief history of China’s investments in Sri Lanka

Yesterday, Sri Lanka’s Daily Mirror published an interview with Professor Rory Medcalf, head of the Australian National University’s National Security College, in which he explains why Sri Lanka is of vital interest to anyone following China’s rise and the rollout of the Belt and Road project:

I think Sri Lanka is strategically important. This is in part because the major economies that all of us depend on in Asia — China, India, Japan and South Korea — in turn rely on the sea-lanes in the Indian Ocean. Sri Lanka is a central point in these sea-lanes. It is a vital place for ships to stop. Sri Lanka also has potentially excellent visibility over what is happening in this region, in terms of maritime traffic. Secondly, Sri Lanka has become terrain for strategic competition as we see the rise of China and the expansion of China’s interests and its presence into the Indian Ocean.

But what exactly is China doing in Sri Lanka? And what are the consequences for Sri Lanka? It’s complicated. Here is a brief history of recent events, ending with a new item from today to bring the story up to date:

That brings us to today: Reuters reports (via Sri Lanka’s Daily Mirror) that “talks between China and Sri Lanka for a free trade agreement have hit major hurdles, mainly because Beijing doesn’t agree to Colombo’s demand for a review of the deal after 10 years.” Reuters says that concerns about Beijing-led investments have recently prompted “greater scrutiny of deals with China.”

Also today: Press Trust of India reports:  “Amid the global concern over China’s ‘debt trap diplomacy’, a bipartisan group of influential US lawmakers has visited Sri Lanka to gauge the ground-level situation.”

Liao Yiwu 廖亦武, a Chinese writer and dissident exiled in Germany, is a close friend of Liu Xia’s 刘霞, the widow of the Nobel Peace Prize-winning Liu Xiaobo 刘晓波, who died in state captivity on July 13 last year.

Today, Liao published on China Change an audio excerpt of a recent phone call he had with Liu, whose effective house arrest has now stretched to nearly eight years, since her late husband first received the recognition from Norway that so upset Beijing. She has never been charged with a crime.

Meanwhile, while the Chinese Communist Party goes to extreme lengths to snuff out the memory of one of its most prominent dissidents, Taiwan plans to commemorate him on the anniversary of his death with a sculpture in the heart of Taipei, right by the city’s iconic Taipei 101 skyscraper. The New York Times notes (paywall) that the Taipei 101 plaza, of course, is “one of the most popular areas in the city for Chinese tourists to visit and take photographs.” The South China Morning Post reports that a group of activists in Hong Kong has already erected a statue commemorating Liu Xiaobo, in advance of that city’s annual candlelight vigil to remember the 1989 Tiananmen crackdown.

In videos that have gone viral, a bride stands in the middle of an aisle while her veil is “flown” toward her before it gently drops on her head. 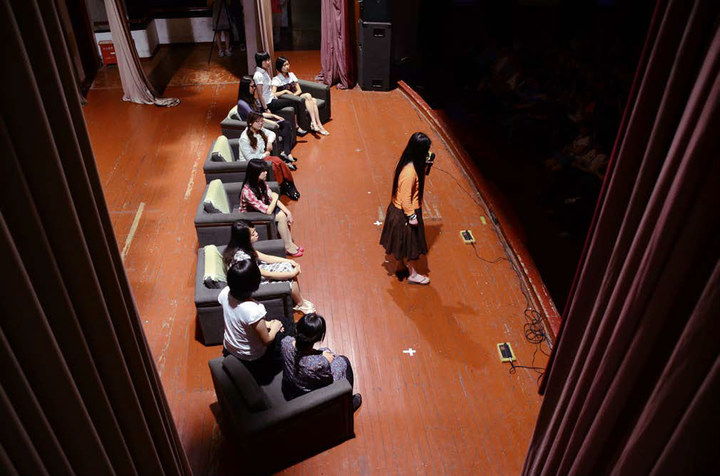 Janet Yang produced The Joy Luck Club, The People vs. Larry Flynt, and many other films, and is a key player in the evolving relationship between Hollywood and China. In this episode, Janet talks to Jeremy and Kaiser about Chinese film, her experiences as an Asian-American woman in Hollywood, and her current projects.

Chinese state media has tried to elevate sprinter Su Bingtian in a desperate attempt to find a marketable sports star. Meanwhile, former world and Olympic table tennis champion Liu Guoliang is trying to turn his eight-year-old daughter into a golfing champion…and other news from the China sports world.

It’s the last Thursday of the month, which means it’s SupChina Quiz time! This month: 12 questions to test how much you know about the people and events that rocked the Mao era. Let us know how you did — tweet your score to @supchinanews.

TechBuzz China: Live Streaming in China: How to Win Fans and Influence Losers

This week on TechBuzz China by Pandaily, our hosts, Ying-Ying Lu and Rui Ma, look at the Chinese live-streaming industry. They trace back the origins of this industry, whose market cap grew by almost 250 times in half a decade, explain the psychology of the ordinary Chinese involved, and break down companies such as HUYA, Inke, and M17, which are the forerunners in this arena.

Vocational school in Hunan tells students to ‘say no to homosexuality’

More than 20 years later, police still claim to have no idea what happened to 19-year-old Diao Aiqing, whose body was chopped into more than 2,000 pieces and distributed around her Nanjing campus. China Unsolved is a SupChina weekly series profiling China’s most notorious unsolved mysteries.

Yuan Xiaoliang 袁小靓 made a name for herself by bashing democracy. Her pro-China stances on social media have been widely cited by Chinese state media. But on May 22, she posted to Sina Weibo, where she has 400,000 followers, a note of praise for the American education system that announced she was trying to send her child abroad for school. Chinese netizens were not happy.

Why did ‘Solo: A Star Wars Story’ flop at the Chinese box office?

Solo: A Star Wars Story was a domestic box office flop, and it hasn’t done much better in the world’s second-largest film market. Last weekend, the Han Solo spin-off grossed only $9.6 million in China, putting it on pace to earn $19 million total, which would be the franchise’s lowest-performing installment in China yet.

Why did Tencent just invest in a self-media account with a history of ‘article laundering’?

It was reported on May 24 that Tencent led a $4.1 million investment in Chaping 差评, a WeChat self-media account popular for its scathing reviews of Chinese tech companies. But the announcement was met with outrage from several bloggers, as Chaping has a reputation for “article laundering,” if not outright plagiarism.

This week on the Business Brief: Sina’s plan to launch a secondary listing in Hong Kong, Tesla’s tentative approval from the Shanghai government to manufacture cars in the city, controversial proposals to ban the online sale of prescription medicines, a man who was wrongfully imprisoned for 25 years and is seeking compensation, and more. 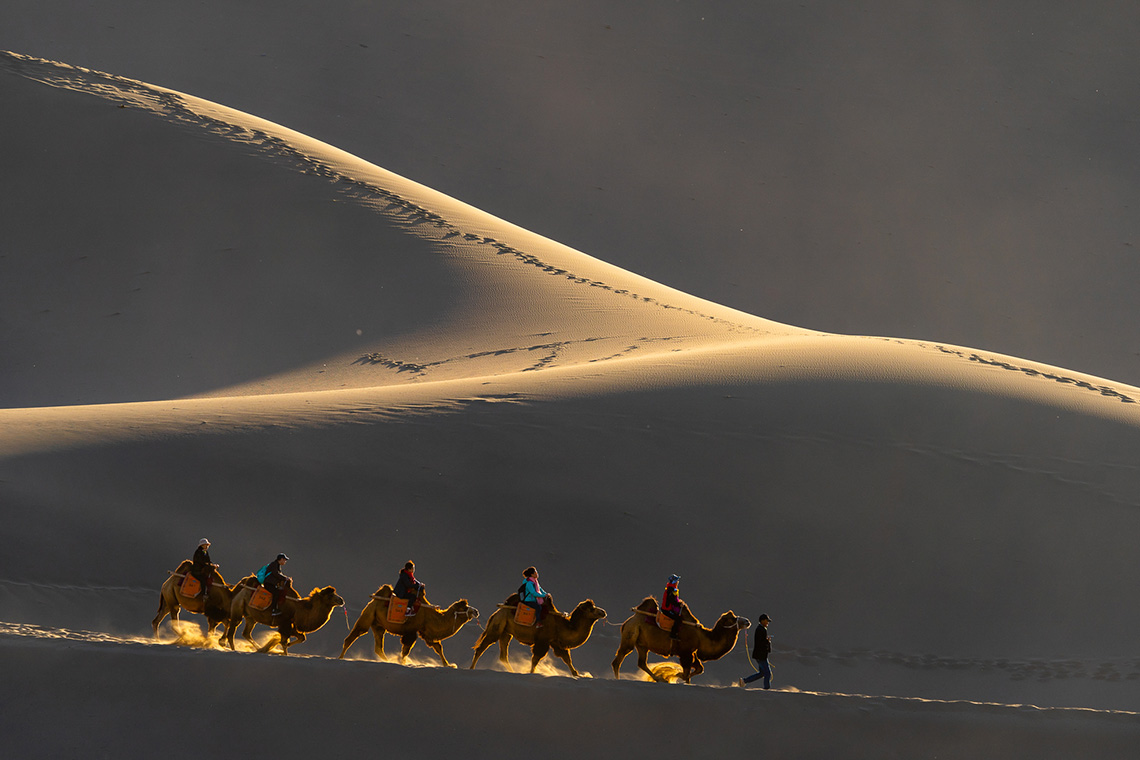 Tourists explore the Singing Sand Dunes on camels at sunset in the Gobi Desert at Dunhuang, Gansu Province. When a breeze blows over the dunes, the movement of the sand produces a sound akin to singing.

Chapter Seven: We all get schooled by Wenfei

Wenfei is a school admissions officer in Shanghai. After he attended high school and college in America, a trend that is on the rise for students from China, he is in a unique position to counsel students that are hoping to do the same. In this episode, he compares and contrasts the American and Chinese…